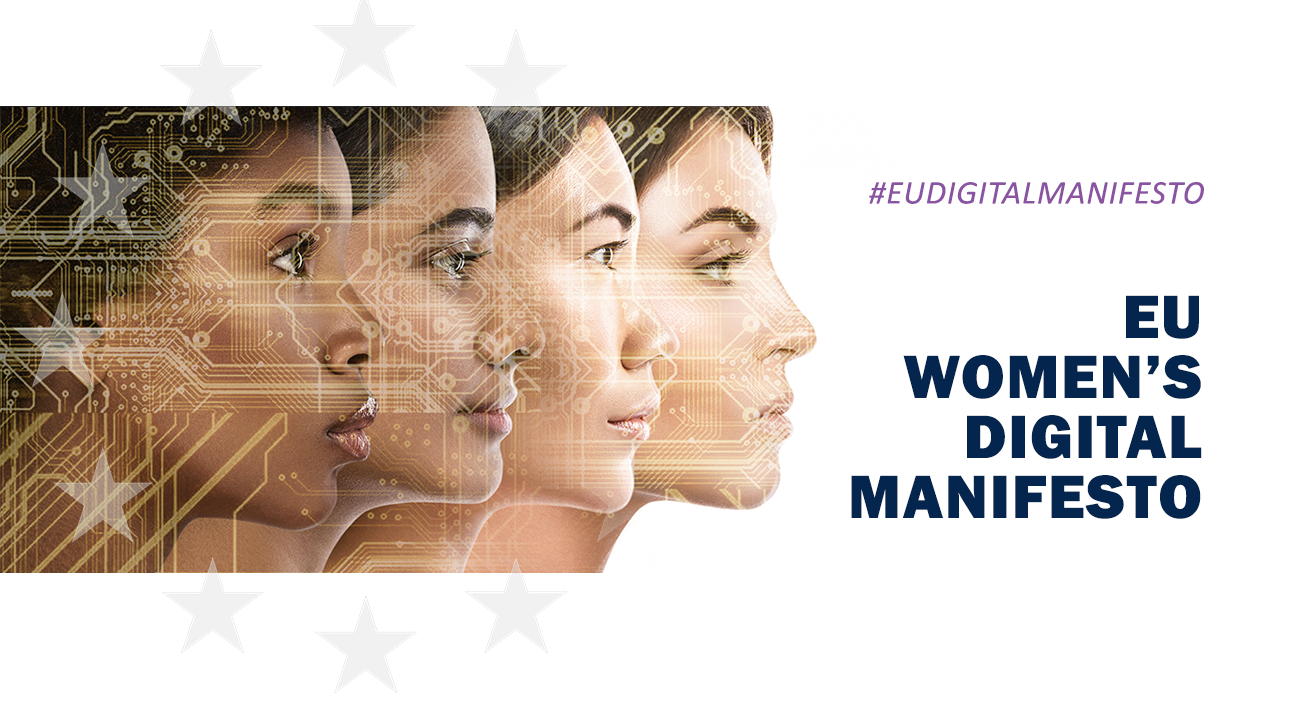 Technology has become key in our life, reshaping the world we live in. The European Union has addressed this development by deciding to allocate 20% of the NextGenerationEU budget to the digital transformation of Europe’s industry and society. In this scenario diversity is a critical point, as it enables companies to look at solutions and products with a wider vision, creating value from a variety of perspectives. According to many international studies, companies that see diversity as a value perform better, hire better talent, have more engaged employees and retain workers better than companies that do not invest in diversity and inclusion. Despite the above, women remain widely underrepresented in IT roles.

As 2020’s #halfofit campaign highlighted, women are the basis for a strong society and deserve to participate equally in building the future of our communities. The recent inauguration of the United States’ first woman Vice President demonstrated that representation matters more than ever – in politics just as in the realm of digital development. Our world is evolving based on new technologies. This is why underrepresentation or outright exclusion of women from the tech world is an obstacle to social progress. Yet, due to societal norms or lack of support, there are still too little incentives for girls to follow science and math during their initial education. Today, according to a European study, only 17% of ICT specialists are women, 34% of STEM graduates are women, and women in the sector earn 19% less than men. Enabling women to access equal opportunities to pursue — and thrive in — STEM careers achieves four goals:

In a non-legislative report adopted on 21 January 2021, Members of the European Parliament’s FEMM-Committee have called on the European Commission to address the serious gender gap within the Information and Communication Technologies (ICT) sector. Among others, the report concludes that “if more women were to enter the digital jobs market, the sector would hugely benefit from an untapped talent pool of skills and variety of perspectives, which could create an annual EUR 16 billion GDP boost for the European economy”.

The European Union has been tackling the gender divide in recent years. One example is the EIGE Gender Equality Index, which focussed on the effects of digitalisation on the working lives of women and men in its 2020 report. The index underlines that women are underrepresented in new technologies i.e. in developing artificial intelligence, digital start-ups and high technology products. Overall, men dominate the development of new technologies across the EU and the expansion of work organised through online platforms is reproducing traditional gender inequalities, such as the gender pay gap and gender segregation. Current numbers from the World Economic Forum’s Global Gender Gap Report of 2018 showcase these inequalities, stating that only 22% of AI professionals globally are female, compared to 78 % who are male. In 2019, USD 92 of every USD 100 invested in European tech companies went to founding teams that were all men.

In addition to that, data has proven, time after time, that a more diverse workforce is not only more efficient and profitable, but also offers companies the chance to hear perspectives that were not previously present. It’s crucial for companies to have more intersectional voices heard across the tech industry, especially in leadership functions, and to encourage more diversity to ensure that they are creating solutions and technology for the modern world: one that is filled with people from different walks of life.

Europe must define and enforce plans and policies to fill this gap by giving women the chance to be more present in technology and to achieve the critical mass necessary to overcome tokenisation. Women make up half of the world: when we see the future evolving out of spaces where women are prevented from thriving, we have an obligation to first understand why, and to then take bold measures to close these gaps.

There is no time to lose to close the EU digital gender gap. Now is the right time, with the right incentives, innovative approaches and, thanks to the NextGenerationEU digital budget –the financial means. Used in smart and targeted ways, the EU can contribute to closing the gender pay gap, ending gender inequalities and stereotypes, and fighting discrimination to improve women’s performance in the EU labour market. The severity of the European digital gender divide leads to issues in a number of different areas. The recommendations proposed in this Manifesto will focus on three of them: Representation + Inclusion; Education + Training; and Future Funding.

In 2019, $92 of every $100 invested in European tech companies went to founding teams that were all men.

to discuss in context of the #EUDigitalManifesto how we can shape Europe’s digital future.

Fixing the Digital Sector instead of “fixing” Women

The digital economy, which is in fact becoming the only economy, provides jobs disproportionately to white men. Lack of role models, gender-related expectations and socio-cultural norms lower women’s participation in STEM and ICT training in labour market. In addition, a high number of women abandon their higher-level education, academic opportunities and careers in the ICT sector mainly due to a male-dominated environment, poor work-life balance as well as organisational constraints and culture problems.

Tech education must not only be ensured and promoted on an adolescent level but also throughout every career stage. Given that women have less time for leisure, due to socio-cultural and economic constraints (unpaid care-labour and domestic work), they must overcome several challenges to acquire necessary digital competencies. In addition to that, the current education path for IT experts attracts almost exclusively men. This is also because from an early age, men are culturally encouraged to use digital tools (i.e. video games), which is why they develop a higher familiarity with such devices, making them more likely to choose IT classes later on. As a result, women have the impression that pre-existing skills are required to participate in tech education. This leads to low, stagnating or declining levels of women taking up IT studies.

FUNDING THE FUTURE OF WOMEN

“Funding entrepreneurial and investment talent among EU women”    Women-driven innovation in the European Union can be driven by increasing financial opportunities for women. To this day, the funding system disproportionality disadvantages women in receiving the financial means to build their enterprise. Therefore, the accessibility of existing funds needs to be improved so that women-led startups or businesses where women hold majority ownership, are equally equipped to compete in the digital single market.

FrauenLoop. Founded by Dr. Nakeema Stefflbauer, the Berlin-based initiative sets out to expand the diversity of qualified women entering jobs in the tech industry. The NGO trains women-identified persons who might otherwise face obstacles to starting or re-entering the professional tech industry. Offering a mix of evening classes and weekend workshops outside of normal work-hours, Career-changers, immigrants and parents have the possibility to be trained in Python, JavaScript, React, Git, SQL, HTML and CSS. FrauenLoop offers applied, hands-on learning and professional job coaching. https://www.frauenloop.org/

Woman and Code. An Austrian NGO that offers different series of study groups and workshops for women* in Java, WebDev and Python for beginners. The goal of the initiative is to facilitate the entry into the tech-world for women. Programmes are therefore specifically targeted at women, who want to switch careers (ie from Sales or Marketing) and/or are simply beginners interested in coding and technology. Education is based on community-based learning, training “women to teach themselves.” https://womenandcode.org/

Other, similar initiatives can be found all across Europe, including the United Kingdom (ie. Coders of Colour, an organisation aimed at empowering specifically people of colour to tap into tech), or Portugal (Portuguese Women in Tech).

Unconventional Ventures. The nordic public angel syndicate “Unconventional Ventures” is focussed on investing in tech start-ups established by underrepresented founders (women, LGBTQ, PoC). With their investment firm, Nora Bavey and Thea Wessel want to change the male dominated funding-system. In 2020, UV launched its second “microfund” focused on women, people of colour and LGBTQ, using an inclusive funding system (starting at €500) open to all investors interested in funding such projects. https://www.unconventional.vc/about/

January Ventures. US and Europe-focused venture fund investing in early-stage start-ups. Focus is highly scalable future of work and health businesses – along with reduction of barriers to women founders. Its two partners, Jennifer Kaiser Neundorfer and Maren Thomas Bannon, have the vision of an equal opportunity tech ecosystem that is more female, more diverse and more distributed. https://www.january.ventures/

Technology has the potential to reshape the world we live in. The European Union has recognized this by allocating 20% of the €750 billion NextGenerationEU budget – a total of €150 billion – to the digital transformation of Europe’s industry and society. But with just 17% of women working in the ICT (Information and Communication Technology) branch, Europe’s tech start-ups are still overwhelmingly dominated by men.

Despite the impact of COVID falling disproportionately on women, 92 out of 100 investor dollars in Europe still go to all-male tech start-up founders. This imbalance reinforces a digital gender gap that leaves women behind in terms of access to jobs, education, and opportunities.

On March 4, from 6-8pm we will discuss how we can make Europe’s digital future more equal. The two-hour webinar will consist of three panels (each 35-minutes long) and feature high-ranking female politicians, tech-entrepreneurs, digital experts and investment professionals. Together with them, we will discuss what it needs to transform the digital industry and how we can learn from existing practices in Europe today.

This initiative was created by 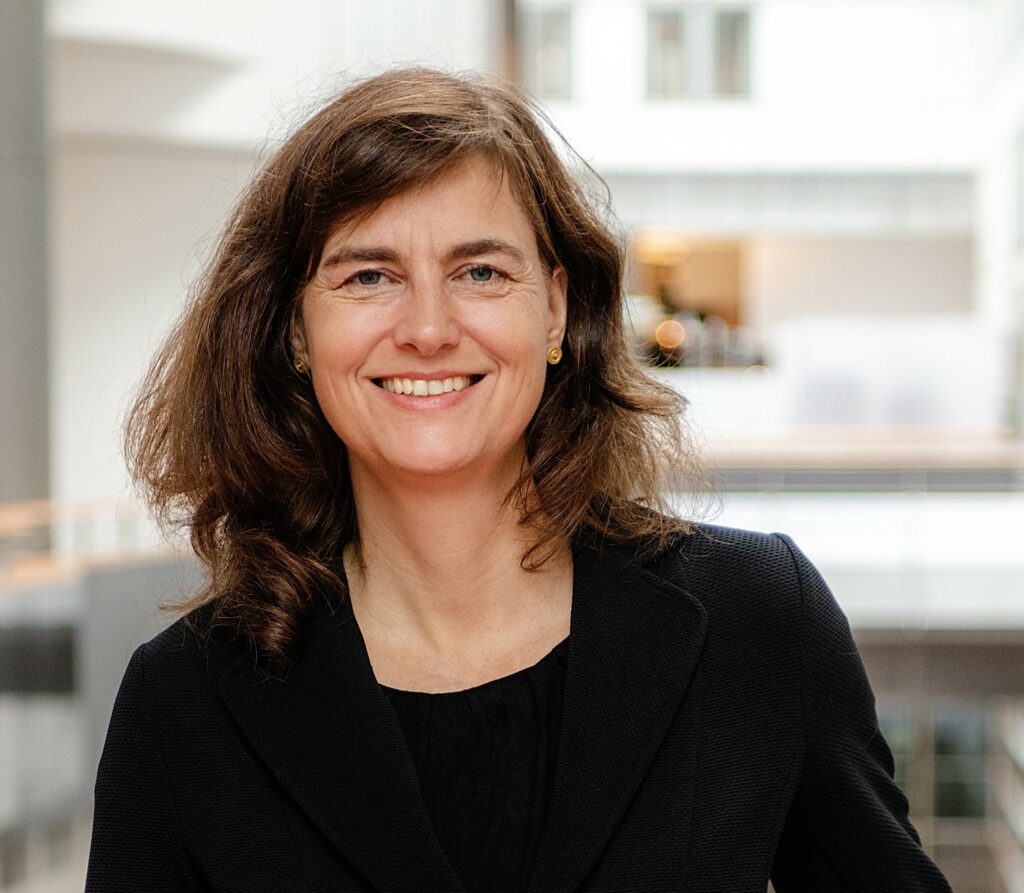 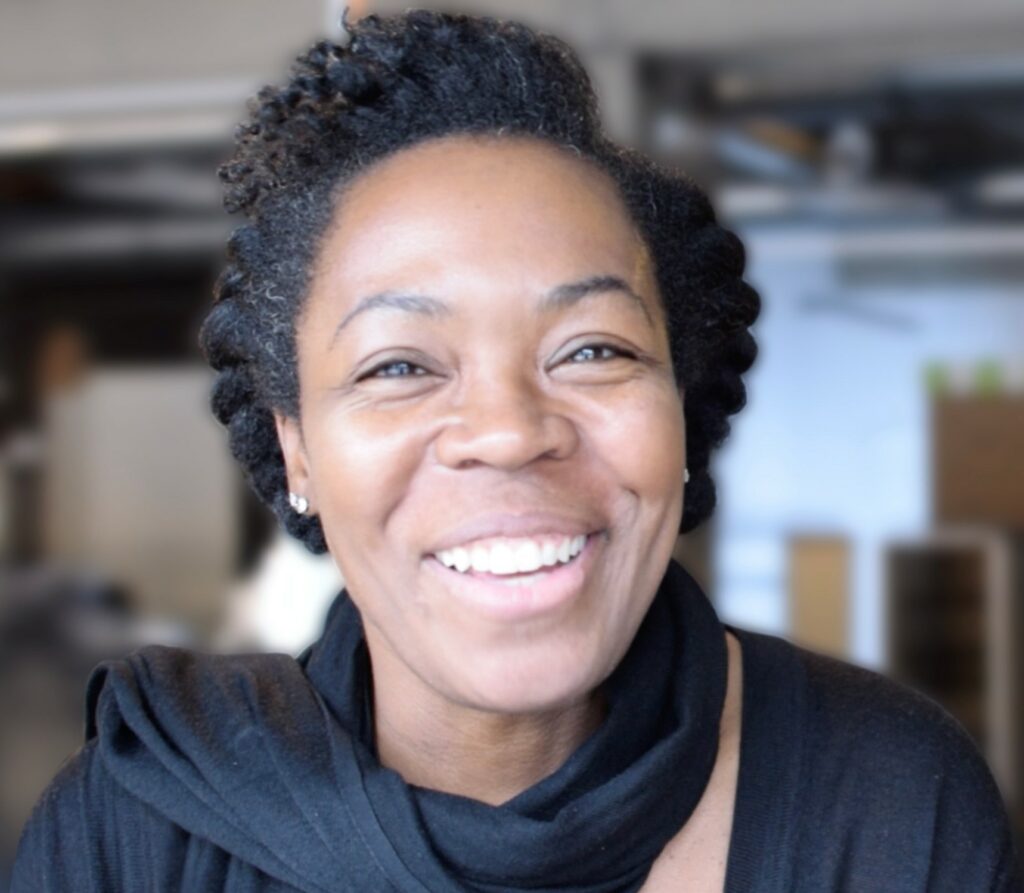 Globe
Twitter
For questions and input or to add your signature to the Manifesto please contact us here: